Coal Lake is located east of Wetaskiwin and west of Camrose in a small valley. The lake runs roughly north-south for about 11 km and is about 1 km across. It is dammed at the south end and reminded me of lots of prairie lakes in the bottoms of coolies.

It seems to be a part of chain of lakes in a old glacial meltwater valley, including Saunders Lake and perhaps Telford Lake, that eventually turned into the ox-bow hell of the Battle River.

We accessed the lake at the south end from Coal Lake provincial park. The lake access was not signed but was reasonably easy to find. We travelled east-bound on Highway 13 then took the second left once down the valley. Most notable land mark is a logging truck fixed atop part of an oil derrick (you'll know it when you see it...).

There are pit toilets, a boat launch, a parking lots and a jetty here. Access was good and the water was reasonably clean. The carry was about 25 feet--which is hardly worth mentioning. 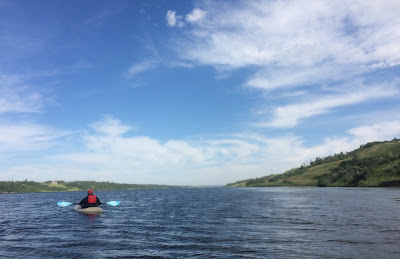 The lake is long and it was windy when we were there. The sides of the lake were nice and calm and there were only a few power boats out fishing. We went north on the east side, got bored, turned back and then cut across to the west side (below). 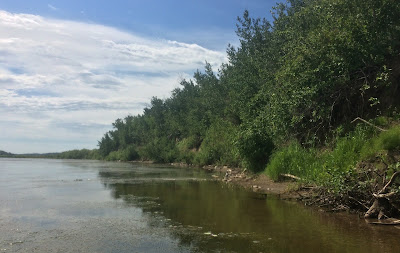 There are lots of bird here. At the south end of the lake, there is a bit of a swamp with channels to explore and lots more birds. The biggest we saw were a bunch of pelicans. 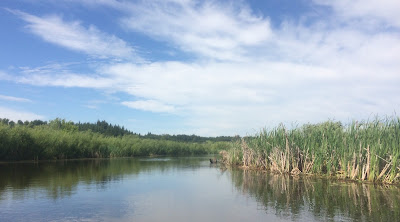 The most striking was a yellow-headed black bird (I don't think I've ever seen one before--mostly we see red-winged black birds). 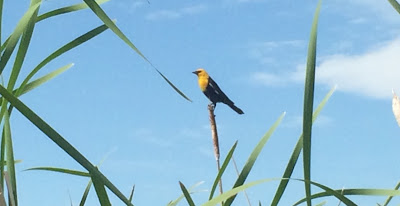 We sent probably half and hour in the swamp, watching birds and cutting among the reeds for open spots. 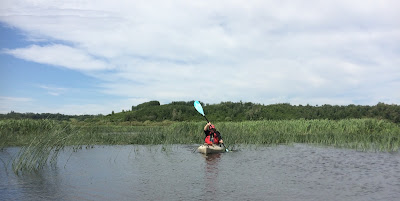 Overall, a nice enough lake. I'd be worried if a big wind came up as there is no where to hide!

I'm not sure we'd go back although there is also access at the north end of the lake.
Posted by Bob Barnetson at 3:00 PM No comments:

We went Astotin Lake at Elk Island Park last weekend for a paddle. The park was crazy busy (free entry this year coupled with a nice day). There are almost 50 cars with boats on top by the time we left and they were also renting canoes and kayaks on the beach.

Jenn and Jess had a nice paddle while I rode in from the main gate. Jenn got shat upon by a pelican and the wind was just picking up as they were coming back in. It got rougher as I went out and I took a wave over the bow deck and into my lap! 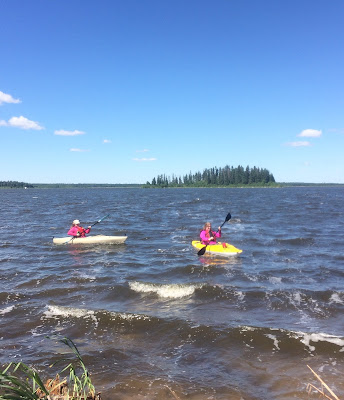 Even with the chop, there were some nice sheltered bays to the north and south of the beach. Lots of birds including pelicans.

There were also voyageur canoes on the water for a bit. 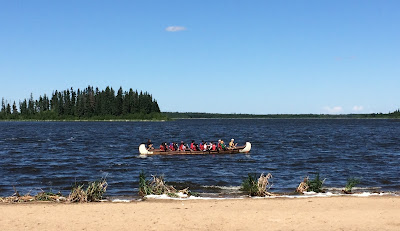 And the new boat launch was busy. We just carried to the beach as a beach launch is easier. 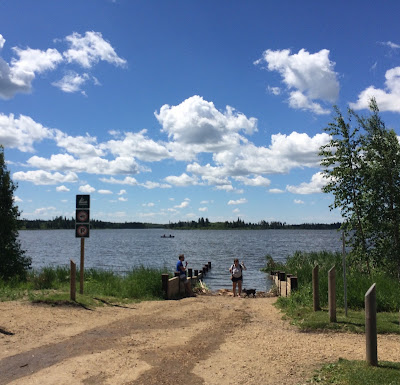 We finished the trip off with a picnic, a hike, and an ice cream cone from the food truck that was out there.

Overall, a wonderful trip (pelican poop notwithstanding).
Posted by Bob Barnetson at 9:13 AM 3 comments: 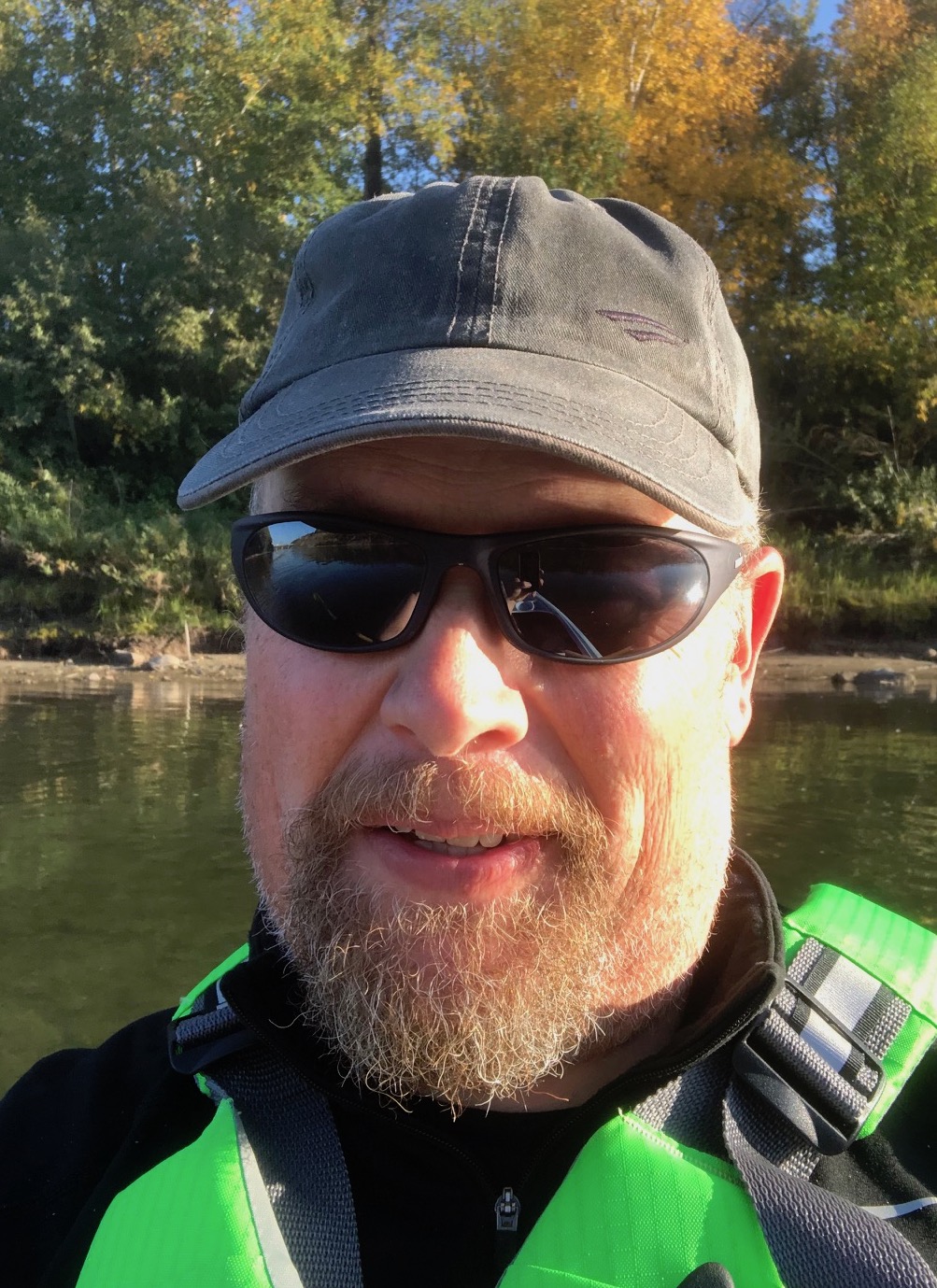